Maybe you remember the very first time as a child you were exposed to the concept of a “cheating parent.” It’s certainly nothing our parents ever talked about openly in front of their kids—even though it’s safe to say every couple has probably felt “tempted” at some time in the past.

I remember watching episodes of The Jerry Springer Show in the 1990s and hearing scandalous stories about people cheating on each other, or cheating with the best friend’s husband, or with their stepdaughter, or whatever bizarre headline Jerry could come up with.

Growing up, you sometimes get the feeling that’s what “crazy people” do. Certainly, nothing like that ever happens close to home.

At some point, however, you learn that cheating is not all as simple as they make it sound like. Concepts of “once a cheater always a cheater” and “if you loved me you would never cheat on me!” are challenged with varying degrees of problems, more complex emotions, and dare I say, even flaws and disorders that prevent people from being their “best.”

Cheating is a moment of weakness, a flaw that may or may not be forgivable in your own case. Our gut reaction says that cheating is fundamentally wrong, a betrayal, one that signifies the end of a relationship. Whether that’s true or not is an individual’s decision. But it’s best to consider the intellectual argument of what is cheating actually is, and why it happens, before making an emotional choice.

Psychology Today had an interesting breakdown of eight primal reasons why people cheat. Summarizing they included reasons such as:

Interestingly, a study quoted in Journal of Family Issues stated that people who are chronic cheaters may have grown up conditioned to think that cheating was okay, or that it was a mistake that everybody makes and so it’s always forgivable.

On the opposite end of the intellectual argument, you hear theories about cheaters being born with certain genes prone to cheating.

The real question is do you know anyone who has never cheated and has had a strong, lasting marriage? I’d be confident to bet that YES, you probably do know a few couples that don’t seem to be tempted, aren’t hiding mistresses, and aren’t cruising Tinder looking for opportunities.

Why so? What makes those people different from people who are cheating, or at least constantly being tempted to cheat?

There is Only One Reason!

I think the answer is simple. No, the reasons why people cheat are very complex, of course. But there’s only one thing all the people who don’t cheat have in common. They are committed to the relationship and to each other.

They don’t cheat because they’re decided in their heart that they love each other too much to want to cause pain, risk losing the relationship they worked so hard to get or disappoint their partner.

They stay faithful because they decide to stay faithful. They honor the commitment they made because the person they fell in love with, their partner, still exists. Couples like these don’t see cheating as a solution to any problem. Temptations are non-existent because neither partner is looking for a temptation.

Much of the temptation in the world around us is designed to appeal to people who want to cheat and are looking for opportunities to cheat. It’s not necessarily that social media and anonymous chat apps are making the cheating process easier…they’re just appealing to people who have already made a decision in their minds. That they want something more than what they have.

The root cause of the problem is that there are many couples who “settle” rather than keep looking for the right one, a true “match.” You don’t settle for a man that you like, but don’t love. Because that will always leave you wanting more. You wait for someone that you respect, someone as wise about relationships as you are. A good provider, a good man that understands you and makes an effort to impress you and chase you.

The real problem with cheating is that many, maybe even most, couples today say “I will commit to you* (as long as nobody better comes along).

But the answer to marital happiness comes when you say to yourself, “No one better is coming along because I’m not LOOKING for anyone better. This is my best match, this is the man who really makes me feel loved, safe, special and secure. He brings out the best in me.”

You could say the word commitment is misunderstood these days. It’s not a binding agreement, it’s not a ritual or a romantic gesture. It’s not even a promise.

It’s an active and ongoing dedication from both partners that they will try harder to make the relationship work. That they ARE happy and so are not looking to cheat.

Marriage is a choice, a union that both partners will work hard to preserve. Not because of obligation or promise, but because they both genuinely love each other and want to stay together. They commit to the choice they make because ultimately their relationship, as is, is what makes them happy.

To Commit or Not to Commit?

The #1 reason people cheat is because they are not committed in heart. When you are happy, your natural instincts are not to cheat. Rather, you work things out with your partner. When he needs space you give him space. When you argue, you still leave the room respecting each other just the same.

Couples that cheat, or even one person in the relationship that cheats, doesn’t love enough. They have not reached that point where they want to give 100 percent to make the relationship stronger. Maybe they have love, generally speaking, but they’re not in love.

Because people who are in love each other don’t look for reasons to cheat. They don’t consider cheating as any sort of cure for the problems they’re enduring. If anything, cheating brings on more problems!

They don’t cheat because they’re really just having too much fun.

Can you “make” a man love ONLY you?

If you’re tired of loving a man SO hard, then helplessly
watching him drift away. . .

Or having him love you while he ALSO has one or more other
women on the side (whom he actually believes he loves). . .

You need to hear this crazy story.

It’s the extremely personal confession of a former “playboy”
who was completely, happily, WILLINGLY “reeled in” by a regular
woman.

In the video, Mike Fiore (the former playboy) teaches you the
exact 3 things she did to snap his head around, make him
instantly ditch all the other women, and get this. . .

. . .he repeatedly BEGGED her to be his girlfriend. Man, he
wanted her bad. 🙂

What’s really crazy is that on top of all that, she made him
think the entire thing was HIS idea.

She didn’t plead, she didn’t cry, and she never drew a line in
the sand.

In fact, she didn’t have to work hard at all – he did all the
work and never realized why his “game” had suddenly changed.

It’s kind of an emotional story. Pretty raw, actually. And
these 3 things worked in a way that even SHE didn’t expect.
Because you know what? She’s not his girlfriend any more.

Seriously, stop exhausting yourself trying to hold onto a man.
Let HIM be the one desperately determined to keep you for himself
alone.

P.S. Some have said that these 3 steps (all in the video) contain
a devastating amount of power, and you should know how to use it
wisely.

1 Response to "The #1 Cause of Cheating in Relationships" 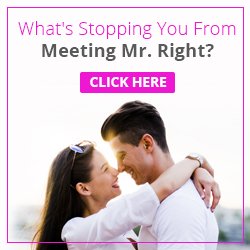